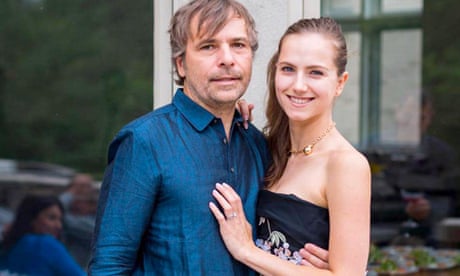 The former head of a Canadian casino company and his actor wife have been fined after chartering a private plane to a remote community near the Alaska border and receiving coronavirus vaccines meant for vulnerable Indigenous residents.

According to officials, Rodney and Ekaterina Baker travelled by chartered plane to Beaver Creek, a community of 100 in Canada’s Yukon territory, where a mobile team was administering the Moderna vaccine to residents. Among those slated for the vaccine were elderly members of the White River First Nation.

At the mobile clinic, the Bakers claimed to be workers at a local motel, according to reporting by the Yukon News.

But after the couple asked for a ride to the airport and the hotel confirmed they weren’t employees, staff with the mobile clinic called enforcement officers.

After receiving the tip, enforcement officers searched for the couple at their quarantine location in Whitehorse, but found they had already left. They were discovered at the airport, preparing to fly back to Vancouver.

They were both fined last week for breaking public health rules in Canada’s Yukon territory.

“Effectively what they did was they put our community and our isolation team at risk,” Yukon community services minister John Streicker told CBC News. “I’m pretty angry at the whole thing.”

White River First Nation had been selected to receive vaccines because of its high-risk elderly population, said Chief Angela Demit.

“We are deeply concerned by the actions of individuals who put our Elders and vulnerable people at risk to jump the line for selfish purposes,” she said.

The Bakers were both charged under the territory’s Civil Emergency Measures Act, which carries a maximum fine of C$500 ($392) plus a C$75 surcharge, six months in jail, or both.

White River chief Demit called the punishment too “lenient” given the “potentially lethal effects to our community”.

Until resigning Sunday, Rodney Baker was head of the Great Canadian Gaming Corporation, which runs racetracks and casinos across the country. His total annual compensation in 2019 was C$10.6m, according to the Yukon News.

Because of its sparse population density and strict public health measures, the Yukon territory has seen far fewer cases per capita than other regions of the country.

But its remote geography has also proven tempting to Canadians looking to escape the pandemic.

In March, a couple drove from Quebec to Whitehorse – a journey for more than 5,000km – then flew to Old Crow, with a population of 250 and accessible only by air. The couple were escorted out of the community by police