Homepage » The Best Pencils for Writing and Schoolwork 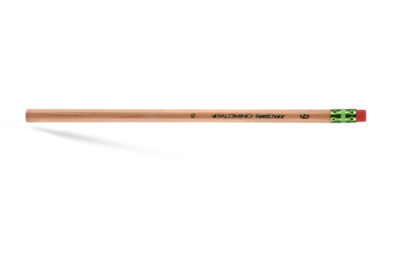 A high-quality pencil you can buy in bulk

This pencil is made of premium incense-cedar wood, and it’s one of the smoothest-writing pencils we tested. It’s comfortable to hold (as long as you don’t mind an unpainted barrel), and its eraser removes marks cleanly.

The Palomino ForestChoice is made of incense cedar, so it emits a faintly woodsy smell when sharpened, and its standard hexagonal shape has slightly more-rounded corners than most pencils we tested. It contains a No. 2/HB core that makes smooth, dark marks. Aside from the Palomino Blackwing 602, the ForestChoice was the only pencil that made it into all of our testers’ top-five rankings of writing ability, and it has a good eraser. Although it got mixed reviews on comfort (some testers said they would prefer a painted barrel over its raw-wood finish) and sharpening, we think it’s the best overall performer of the pencils we tested—the much pricier Blackwing aside. It’s also a solid value, especially if you buy in bulk.

Good performance for the price

Quality control for this iconic pencil seems to have gone downhill over the years, but it’s still the best cheap pencil you can buy. It has a decent eraser, it writes and sharpens smoothly, and it’s comfortable to grasp and write with for long periods of time.

The classic Dixon Ticonderoga (Yellow) is not made of the same high-quality wood as our other picks—and we have reason to think it’s more prone to breaking or having an off-center core—but it is the best pencil we’ve seen in the budget price range (typically less than 20¢ per pencil). It scored third-best in writing ability, surpassed only by the Blackwing 602 (which is much more expensive) and the Arteza (which has the worst eraser we tested). The yellow Ticonderoga’s eraser is just okay, but the pencil scored well in comfort and sharpening ability. 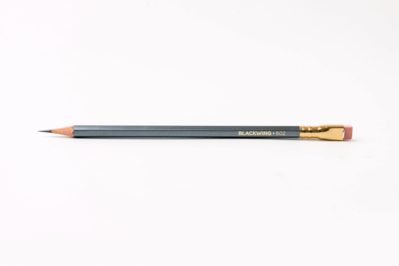 The Cadillac of pencils

This pencil has a buttery-soft exterior, a replaceable eraser, an incense-cedar barrel, and a smooth, dark core. But it costs more than twice as much as most writing pencils, and you can’t use it on standardized tests.

The Palomino Blackwing 602 is the most expensive pencil we tested, but it’s pretty much unsurpassed in quality. It’s made of incense cedar, like the ForestChoice, and it’s the only pencil we tested with a replaceable eraser (which, unlike most pencil erasers, has a rectangular shape that enables more detailed erasing). It has the same rounded hexagonal shape of the ForestChoice, but it’s glazed in a soft, dark-gray paint. As with the ForestChoice, some of our testers had trouble sharpening the Blackwing 602 (especially the first time after they unboxed it), but otherwise its biggest flaw is its price tag—more than $2 per pencil at this writing. It is also likely to be rejected by standardized-test proctors because it doesn’t list a lead grade on the side (though its core is similar to that of a No. 2/HB pencil).