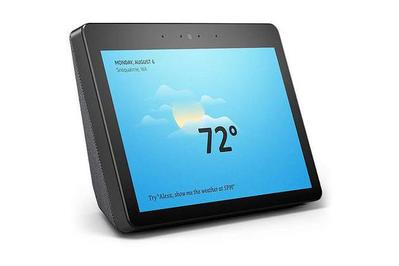 For Alexa and smart-home users

The Amazon Echo Show (2nd Gen) benefits from the deep well of Alexa-enabled Skills, which make it compatible with the widest range of music apps, recipes, and smart-home devices, as well as oddball voice-based games like Jeopardy! trivia. Its speaker produces clear audio and is powerful enough to fill a room, and we enjoyed watching full-fledged shows and movies from Prime Video and Hulu on its 10-inch display. The on-screen menus are less friendly and useful than those on Google Assistant devices, but since we relied on voice control for most interactions we didn’t find that to be a huge issue. The Echo Show also includes Zigbee wireless for connecting to more smart-home devices. 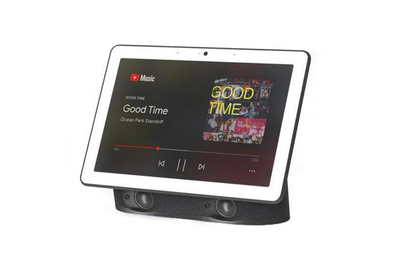 For Google fans and home cooks

Cooks and heavy Google app users who want to access Google Assistant via a screen will love this display, which is well integrated with Google Calendar and Photos.

The Google Assistant–enabled Google Nest Hub Max seamlessly reminds you of upcoming Google Calendar appointments and transforms into an attractive digital photo frame with a 10-inch screen that streams images from your Photos account. In our tests it excelled when verbally walking us through recipes, without forcing us to smudge its large and crisp screen with our ingredient-dirtied hands. It also plays music and allows control of smart-home devices, though not as comprehensively as the Echo Show. 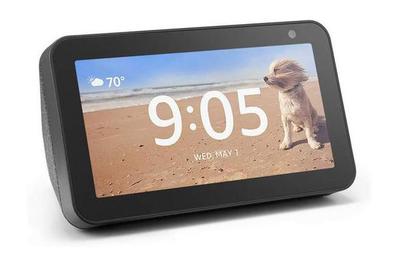 A small screen for nightstands

This pint-sized version of the Echo Show is perfect for catching the weather report and playing tunes while you get ready in the morning.

The Amazon Echo Show 5 does everything the larger Echo Show can do but has a smaller, 5.5-inch screen that makes it a nice fit on a nightstand or a bathroom counter. Its screen adjusts to the room’s lighting so it doesn’t keep you up at night. 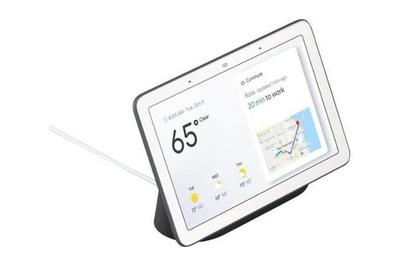 A useful screen without the camera

This mini smart display has the same abilities as larger Google Assistant–enabled models, minus a built-in camera—which may be a comfort for privacy seekers.

We recommend the Google Nest Hub (formerly the Google Home Hub) if you want a smart display but don’t need or want a built-in camera. At 7 inches it’s a little larger than the Echo Show 5, but it’s still the right size for a bedroom or other space where a small screen feels less intrusive.